Thanks for purchasing our Organic Cordyceps. We have searched far and wide to bring you the highest quality, organic medicinal mushrooms and have formulated our Organic Cordyceps with the aim of bringing greater clarity, focus, drive, and balance into your life. We have designed this resource page to answer any burning questions you might have about what this mushroom is used for, and how you can integrate it into your life. So, without further delay, let’s get the lowdown on this fabulous fungus! 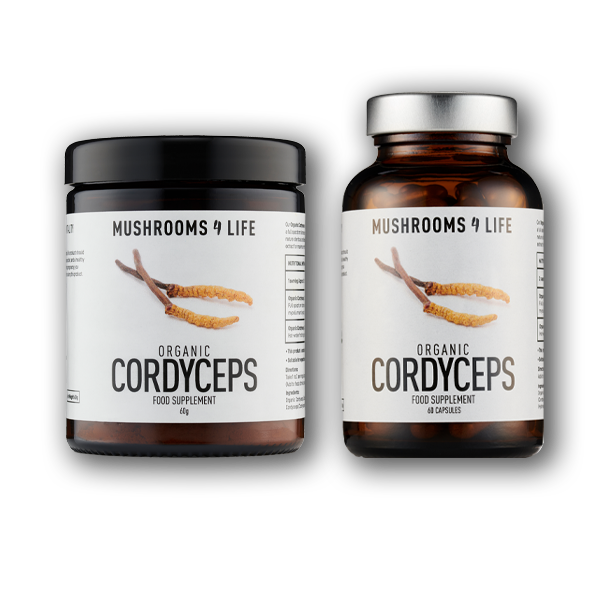 Things You Should Know

Traditionally the main species Ophiocordyceps sinensis came from Tibet where it grew on the Hepialus moth—or Ghost Moth—caterpillar. However most commercial formulations use the Cordyceps militaris species. Cordyceps militaris contains up to 90 times more cordycepin than its wild-grown O. sinensis cousin! 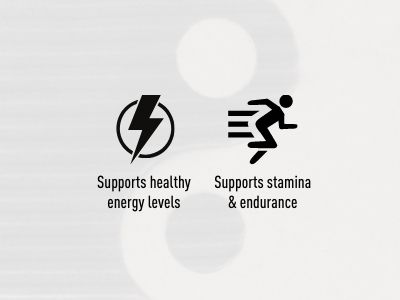 Cordyceps is considered an adaptogenic mushroom and used in China as a tonic to gently restore energy after periods of prolonged stress and disease. It is best known for supporting healthy energy levels, stamina, and endurance, and to help maximise oxygen capacity, which is why it is often taken by athletes to support fitness recovery. Its ability to support energy metabolism and hormone production is due in part to a special compound called cordycepin that is unique to this mushroom.

As a traditional tonic to restore vital functions, including appetite, energy, stamina and sleep, cordyceps is known as the ‘Emperor’s mushroom’. It is prescribed to replenish general health and resistance, particularly after sickness and during old age. In traditional Ayurvedic medicine, O. Sinensis can be considered to fall in the Rasayana category, meaning a rejuvenating tonic after the body has been ‘worn down’.

Did you know? In the early 1993, cordyceps was taken by record-breaking Chinese athletes and a 1996 follow-up study on long distance runners reported a significant improvement in running endurance in 71% of participants. 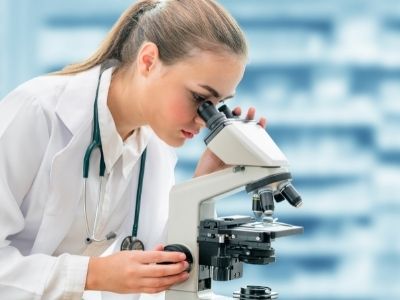 In 1998 a double-blind placebo-controlled study led by the Beijing Medical University Sports Research Institute took 30 men and placed them in three groups, two of which received a dose of a specific cordyceps fermentation formula. Blood samples measuring lactate levels were taken before, during and after exercise. The group taking 1000mg (the highest dose) of the formula experienced improved lactate clearance, suggesting that this could enhance athletes’ anaerobic performance. (link)

Other studies have researched the bioavailability of cordyceps’ antioxidant enzymes in terms of its benefits to ageing, and the potential effects of its nucleoside compounds to regulate blood sugar and the cellular response to insulin. Available evidence regarding O. Sinensis’s medicinal value looks very promising, but more pharmacological and human studies are required. (link)

How to use it

Capsules: Adults take 2 capsules 1-3 times per day, with or without food.

Cordyceps can also be taken prior to a workout to help maximise your gains and enhance your stamina.

According to the Myco Medica, cordyceps is a good pairing with reishi, where cordyceps should be taken in the morning to stimulate energy and mental and physical performance, and reishi in the evening to promote restful sleep. 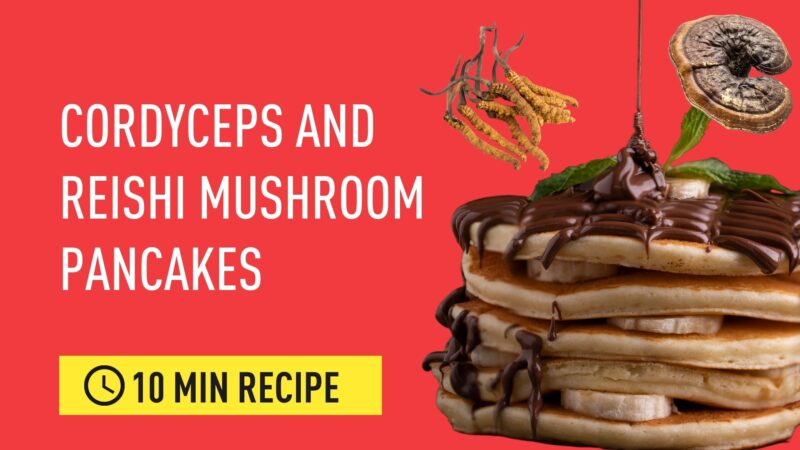 Who can resist Pancakes?! They are a Sunday brunch staple, and we have one day a year when we get to celebrate them in all

Cordyceps mushroom is also known as the Emperor’s mushroom, and due to its extremely rare nature, it was traditionally restricted to the few who could

Don’t hesitate to contact us for any questions or concerns you have!

Also, visit our FAQs page to find more information about our products.